The 9 Best Places to Sell Used DVDs, CDs, and Blu-Rays

FacebookTwitterRedditPinterestEmail
The 9 Best Places to Sell Used DVDs, CDs, and Blu-Rays
At WealthFam, our top priority is helping readers improve their financial lives. We often partner with companies we believe are aligned with this priority. Some links herein may be from our partners. To read more about how we make money & select partners click here.

Quick story… I have a good friend who came to me and asked how to sell used DVDs. We got to talking and it turns out my buddy Curtis had a collection of over 1,000 used DVDs! At $20 bucks a pop that is over $20,000 he’s spent on DVDs. That is some serious coin! Don’t believe me? Here is a photo of the spare bedroom in his house, aka the ‘DVD room’, from a few months back: 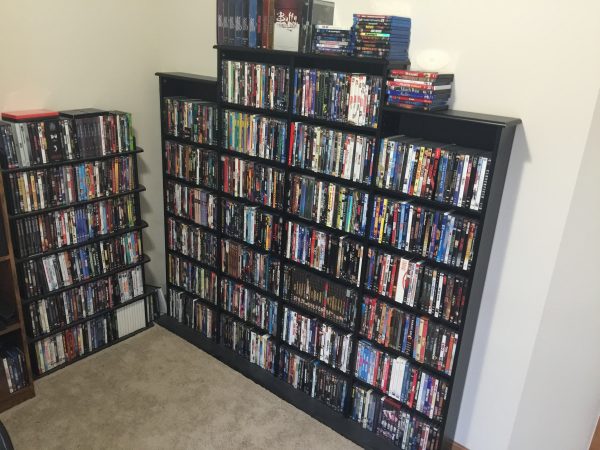 Curtis was one of those people that would go to Best Buy every week to buy more DVDs. Nowadays Curtis watches everything on Netflix and his used DVDs just sit there collecting dust. He has two kids and really wants extra space in his house for guests. “I want to sell my DVDs… all of them!” he said. The DVD collection needed to go. But how do you sell so many used DVDs? Can you make decent money selling all these old DVDs? That is what we wanted to find out.

We dove in and made it our mission to find the best way to sell DVDs for cash. The goal was to make some extra money and get that spare bedroom back. Curtis also has a lot of CDs and Blue-rays so we researched the best way to sell those too. Over the course of a couple weeks I’d estimate we sold used DVDs to at least 20 different companies or people. We only recouped a fraction of his $20,000 “investment” which was a bummer but what we expected. In the end we learned a ton about getting top dollar for used DVDs. Without further ado here are our nine favorite places that are definitely worth checking out if you’re looking to sell your used DVDs.

#9: Donate to Goodwill for a tax write-off.

The Bottom Line: What we learned + our 3 favorite ways to sell used DVDs:

So what did we learn from selling all these old DVDs? It’s takes some time but there is absolutely an opportunity to cash in your collection and make some extra money. The best option for you really comes down to the size of your collection and how much time you want to dedicate to selling it. We ultimately mixed and matched a number of the options above to get top dollar. If I had to do it all over again I’d recommend the following three options:

If you stick to these three I think you’ll get the best balance between maximizing your sales price and not spending a lifetime trying to sell your used DVDs. The selling process can be a bit of a slog but we kept it lighthearted and fun. I thoroughly enjoyed making fun of my buddy for spending actual money on some unbelievably terrible movies (Crossroads with Britney Spears?!?).

Curtis was a happy camper too; after we sold everything he had some more money in his pocket and an extra bedroom (AirBNB opportunity anyone?!?). It took some time but it was well worth it for the extra money and freed up space. I’d encourage anyone with used DVDs that are just collecting dust to at a minimum check out Amazon and Decluttr and start the process of selling your used DVDs.

We noticed there is a price gap between what some thrift shops are selling DVDs and CDs for (sometimes $0.10 each) and what you can get on Amazon or Decluttr. If you have the time, you could grind out some money by flipping DVDs and CDs. Just to name a few… we noticed things like Law & Order series’, Disney/Pixar movies, and some rare or niche movies can do well on the used DVD market. If you find any of those titles in a thrift store definitely scan them with your Amazon app and see if you can make a few bucks!

Have more tips on what worked best for you in selling your used DVDs, CDs, or Blu-Rays? Drop a comment below!

About the Author: Paul

Cool stuff about money. Delivered fresh to your inbox.

We won't send you spam. Unsubscribe at any time. 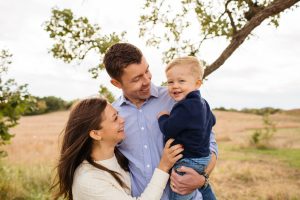 Hello! 👋 My name is Paul. I'm a personal finance nerd, former CPA, and founder of WealthFam.🤓 A few years ago I was stuck in a job I didn't like and was decades away from financial independece.😞 That same year I started my e-com business with $5k and a $300 Chromebook. In two years my side hustle grew into a 7 figure business.📈 After selling the business and becoming financially independent, my wife and I started WealthFam. I hope this site can help you on your financial and life journey whether that means starting a business, making money online, or just being smarter about your finances. Thanks for stopping by!🙏